This question would have horrified my grandmother. She made it clear that as surely as the sun rises each day, you should flush the toilet after each deposit. However, environmental concerns, regional differences, nontraditional living situations and more have made the answer to this question much less definitive. 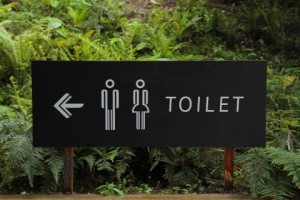 “Flushing down the brown” is a universally accepted and hygienically appropriate practice. When it comes to the “mellow yellow,” the jury is still out. Growing up in California, I couldn’t enter a bathroom that did not have the motto “In this land of drought and sun, we do not flush for number one” faithfully posted. I can attest to the general awfulness of this practice. It does however save both water and money. In an analysis done by The Simple Dollar’s Trent Hamm, one person could save 1,095 gallons of water per year for an average savings of $7.66 by adopting the “if it’s yellow, let it mellow” practice. Further, this handy tip from blogger Karen Adamski largely addresses the yuck-factor concern

Where you live can influence everything from what you wear, to what you eat, to which political party you join. Toilet flushing also cannot escape regional influence. The question of how often you should flush the toilet is much less likely to come up in the Great Lakes area where water is abundant than in the arid West. Local climate plays a role as well. The olfactory incentive to flush often is much higher when it is hot and muggy then when it is cold and dry.

Attitudes regarding conservation also vary widely throughout the nation. For example, a recent study conducted by WalletHub found that Louisiana, Wyoming, Indiana, Oklahoma and West Virginia were measurably the bottom five states in terms of eco-friendly behaviors, while Oregon, Vermont, Washington, California and Maine ranked in the top five. 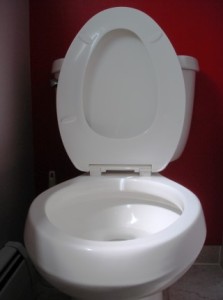 The question of how often to flush the toilet also depends on your living situation. Current housing prices, especially on the coasts, and increasing college costs have left many young adults with few housing options. The solution is often to either stay at home in a multi-generational house or live with roommates. In a small, nuclear family situation, it seems workable to adopt an alternative flushing strategy, but when 6 people share 1 bathroom, no way! It is also quite exhausting to try to come to a consensus about such a personal topic when you have to consider multiple personalities, different genders, and varying ages.

To Flush or Not to Flush, That Is the Question

So OK, the question isn’t life or death, but the various answers can have a pretty powerful environmental impact. There is also not one single correct answer. How often you flush your toilet, given that you always flush the solid waste, should be decided by a practical and realistic assessment of your current living situation, and by your personal values. In other words, use common sense.