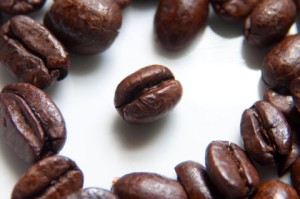 For some people the idea of decaffeinated coffee is preposterous. How could they possibly start their day without that little morning kick? But for others, caffeine makes them feel like a World War I biplane with a jumbo jet engine strapped to it. It’s just too much power, especially in the mornings. Other people like the taste of coffee or enjoy the feeling of a hot beverage warming them up on a cold day, but don’t want to stay up all night. For them, humans invented decaffeinated coffee.

First, What is Caffeine?

Caffeine is an alkaline drug that acts as a stimulant to the central nervous system. It is one of the most commonly used drugs on earth, and some statisticians believe that 95 percent of every adult human being on earth consumes caffeine in some form or another every day. In its pure form, it’s a white, crystalline powder with a bitter taste. It is perfectly safe for most people, and it would take 50 to 100 regular caffeinated cups to come close to killing a grown human being. 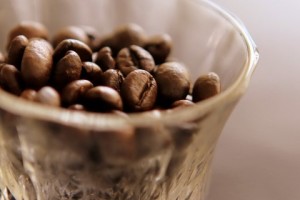 Decaffeinated coffee is 97 percent decaffeinated, and the process to arrive at this number is rather labor intensive. The cherries that are eventually turned into coffee come by their caffeine naturally and are loathe to give it up without a fight.

Humans started at least trying to decaffeinate coffee around the turn of the last century. In one process, the still green coffee beans were placed in a bath of steamy water. When they were softened, they were flushed in a solution that contained chlorine — yes, chlorine—, which pulled the caffeine out of the bean. This took about an hour. The chlorine, now full of caffeine, was drained and the beans were heated and steam dried. To arrive at the 97 percent figure, the process had to be repeated up to 24 times. The caffeine that was removed from the beans was leached out of the chlorine and put into soft drinks or analgesics. The chlorine solvent was reused. Now, chlorine based solvents have been replaced with ethyl acetate and dichloromethane, even though both are a bit poisonous.

Watch the video below for more information.

In other decaffeination treatments, the green beans are immersed in hot water and the water, now full of caffeine, is passed through a charcoal filter that lets the large caffeine molecule pass through it while keeping in the volatiles that give coffee its flavor. The chemical formula for caffeine, by the way, is C8H10N4O2.

In another treatment, the green beans are soaked in hot coffee till they start to exude their caffeine. Then, they’re moved into a tank full of hot coffee oils and allowed to soak for several hours. The triglycerides in the oils take away the caffeine, but the flavor of the beans remains.